The son of immigrants from Albanian, 28-year-old Klement Tinaj was born in Albania and grew up in New York City before moving to California to get his Masters Degree.

In his “Golden Path to Education Proposal”, Tinaj acknowledges the problems facing California’s public education and his solutions on how to fix them.

“We need to invest in public education and hold charter schools accountable to state standards as well”, he said.

"Tinaj also released a video stating,” As an educator, I want my students to look up to me and say if he can do it, I can do it. As a school owner, I know firsthand how to fix the education system. With two million children living in poverty, as your next governor I will invest in early childhood education, special education, K-12 public education, free-four year community college to ensure that every child in the state of California receives the same quality education.”

“California public schools are performing poor and scored below the national average. Prop 98 passed in 1988 required a minimum percentage of the state’s budget to be invested in education but instead we are putting a limit to it,” Tinaj quoted in his education proposal.

“When profit is put before our children, the children suffer,” said Tinaj.

As governor, Tinaj would be committed to invest in early childhood education to provide programs that are focused on the growth and development of our children, families and staff.

“It will be my lifetime honor to build a healthy and safe community for our youngest residents,” Tinaj said.

Tinaj fully supports public education and wants to hold charter schools accountable to meet state standards. “If state standards are not met, their renewal request will be rejected,” said Tinaj.

“Between 2005-2015 California’s public colleges turned away nearly 1 million students. Today tuition, fees and room and board are forcing students to drop out of college and universities and get involved in drugs, alcohol and gangs. My education proposal will eliminate tuition and protect students from debt leading to a higher graduation rate and workforce participation. ” said Tinaj.

Tinaj also released his Ten-Point Action Plan covering issues that matters the most to the people of California.

He may be the youngest candidate in race, but out of 27 candidates he has the strongest plan for California’s education system.

“Delegates and the Democratic Party have spoken that by endorsing no candidate the party is ready for better options,” said Tinaj.

Tinaj talks about his school 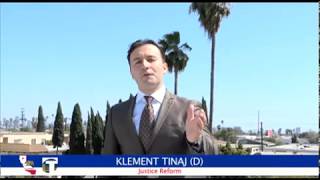 I support low enforcement becasue of thier leadership, service, sacrifice and commitment to excellen

This is a much bigger issue than adding extra gun laws. 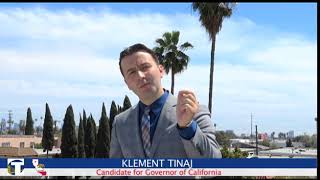 California will be choosing a new governor later this year. But who is in the running and, if Donald 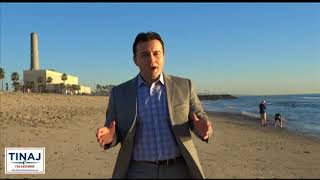